The aim of the payload of the R6 suborbital rocket is to perform the experiment to study the effects of rocket flights on biofilm samples and test our autonomous, modular, and scalable platform for conducting experiments of an astrobiotechnological nature. For this purpose, we use the interdisciplinary character of the team to ensure full integrity, reliability, and operational efficiency. The experiment to be carried out during the Spaceport America Cup competition constitutes the first stage of our team’s three-stage scientific programme of astrobiotechnological experiments, the sense of which was confirmed by a letter of recommendation from the scientist working for the NASA Ames Research Center.

The experiment carried out during Spaceport America Cup focuses on studying the biofilm. A biofilm is a form of a bacterial group that contains in its surroundings organic or inorganic substances produced by bacteria, whose structure adheres to a given surface. It is a subject of research, among others, by researchers from NASA Ames Research Centre, a relatively fresh element about which the world still has insufficient information, especially in terms of space research. Our biofilm research can contribute to the broadening of knowledge in the field of treating and preventing diseases in spacecraft or astronauts at the International Space Station (ISS). Since the properties of many species of pathogens in space conditions can vary from those observed on Earth due to mutations caused by many different agents connected with the rocket flight, their pathogenicity can potentially increase. We still know a little about how humans’ immune system works in space conditions and how astronauts can react to the potential infection, what is the reason why testing their properties is substantial. Biofilm may also be important for the creation of the microbiome on Mars or its future colonization (biofilm is formed under the influence of degrading environmental factors / life-limiting factors). Additionally, as some bacterial forms and metabolites they secrete can decompose polymers or destroy metals, as well as lead to corrosion, our research results can help with the significant problem of destroying materials from which the ISS, satellites, or other types of spacecraft are made. The experiment will also serve as the subject of the Ames test (mutagenicity test) or DNA sequencing to assess the impact of accelerations occurring during the flight for the formation of mutations. The reference test will be performed in an ultracentrifuge or in a stratospheric balloon nacelle. In terms of that experiment, the aim is to check what is the impact of the suborbital flight of the rocket and the accompanying g-loads (acceleration / G), vibration, pressure, and temperature profiles on the ability of selected bacterial strains to produce biofilm. In addition, we will also examine the structure and durability of the biofilm by counting the number of detached cells in the solution in a given well in a counting chamber. 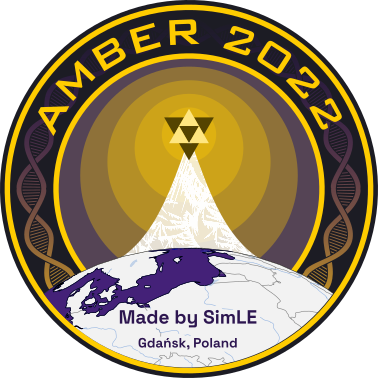